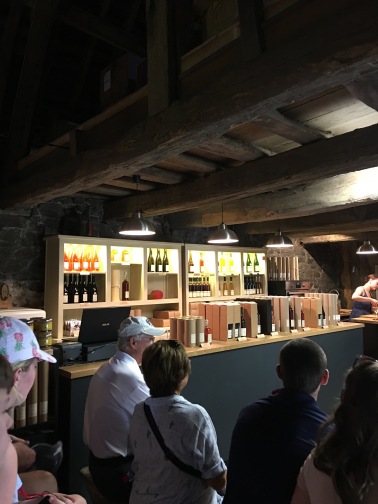 In July I toured an orchard near Rouen called Domaine Duclos Fougeray that produces cider, pommeau, and calvados.  The calva, essentially apple brandy, was a little strong for my taste, but I loved the pommeau, a mistelle that’s a combination of apple juice and calvados.  It’s served chilled as either an aperitif with a local cheese (camembert, livarot, Pont l’Evêque) or as a digestive.

The more familiar I become with the French language, the more I recognize certain similarities to English.  However, there are certainly differences in sound and in syntax.  One such example is pronoun placement.  In French, the pronoun is placed before the verb that carries the meaning and in cases of past tense/perfect tense it goes before the auxiliary verb.